Greetings all from Kullu, India.

As some of you know may already know we finished our expedition a few days ago. It has been a great success. Made the first ascent of our objective, a 6135m peak via its SW ridge in the East Upper Debsa valley of Spiti. It took five days overall, three on the mountain, the other two stocking and unstocking advanced base camp. Climbed alpine style. Weather was very good and mountain conditions favourable. Though the quality of rock was bad – shattered shale and interminable scree. However it presented interesting challenges, i.e. plenty of tors to scramble over, a couple of chimney climbs, a technical tower to traverse around and a demanding summit snowfield. AD grade we agreed. Three of us made the top, myself, Darach Ó Murchú and Paul Mitchell. Craig Scarlett was fairly knackered at high camp, understandably (just one high camp at 5500m) and opted to forgo a summit attempt. We summited on Sunday 22 June at 12 noon. Great views of Kangla Tarbo and Shigri Parbat from where we stood. Some wonderful iced peaks all around us, many still unclimbed. A terrific sight and a marvellous feeling.

We propose to call the peak ‘Ramabang’. Meaning place of Rama (who is a Hindu god and a hero in a significant Hindu text ‘The Ramayana’ … I’ll explain all when I get home!).

Other than that, before attempting the peak, we tried to explore and cross a col linking the East Upper and West Upper Debsa valleys at their heads, which had never been done before. An English explorer called Snelson ascended it in 1952 but never crossed it, so the aim was make the complete crossing. This was also to be an acclimatising exercise. But two bad rainy nights on the glacier, cold and leaking bivvy bags, plus unsettled weather prevented us from doing so.

However, after summiting Ramabang, Darach and I did a recce of a tributary valley of the Debsa known as the Bauli Khad. The idea was to see if the col linking it and a neighbouring valley, the Dibibokri, was passable. We made it to the head of the valley and scaled the col. That fella Snelson had climbed it from the Dibibrokri side also in 1952, but again he never crossed it. Two days later however, Darach, Paul and myself successfully crossed it. This became part of a five-day expedition to the Parvati valley in Kullu. From my research (Harish will correct me if I’m wrong) I believe we are the first people to explore the Bauli Khad (also called Dogpoyemba on the 1:50,000 map) and the first party to link this valley with the Dibibroki and create a viable new route between the Debsa valley and Parvati valley. I say viable, but make no mistake, it was tough going! We finished that exploration (and the overall expedition) this afternoon and are currently billeted in a resthouse in the village of Pulga.

Next stop is to meet up with Craig in Manali and relax for a few days. Also there’s plenty of paperwork to be done on the trip. Then back to Delhi and for me onto Nepal from there for some general travelling – no climbing (I think!). Will be back home later towards year end. Craig is heading home, and straight back to work. Darach is heading to the Karakoram for some trekking, and Paulie will be travelling around India for a few weeks with his better half.

Well that’s about the height of what we’ve done, being concise. The whole experience of being in India has been a revelation, the Spitian people fascinating with their way of life and tough, frugal and efficient farming lifestyle. Lots more to say on that etc. Life at base camp was excellent. We got an agreeable Liaison officer and an excellent cook who looked after us like kings at base camp. Ever since planning this trip we’ve had a lot of obstacles to cross (visas, permits, trusting agents etc) but the project was planned meticulously, managed accordingly, and everything worked out exceptionally well. We are all delighted, and we all feel privileged at the same time. 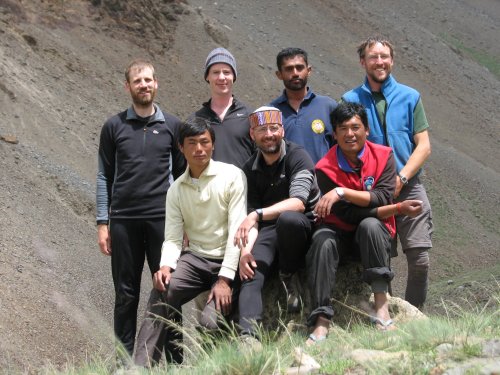 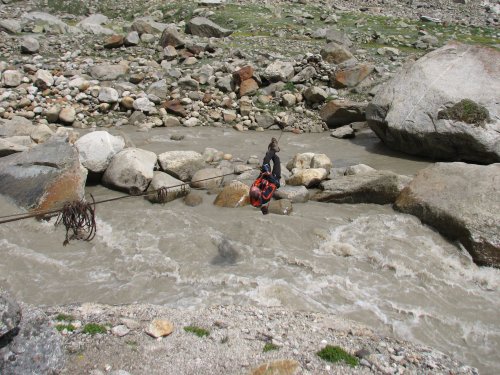 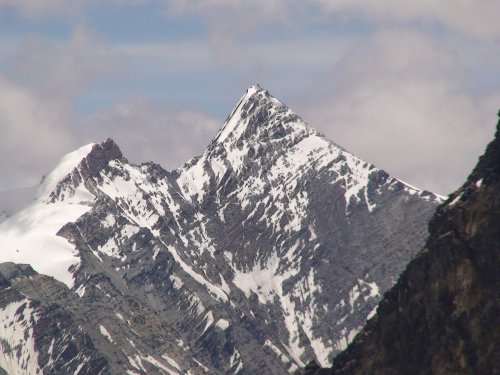 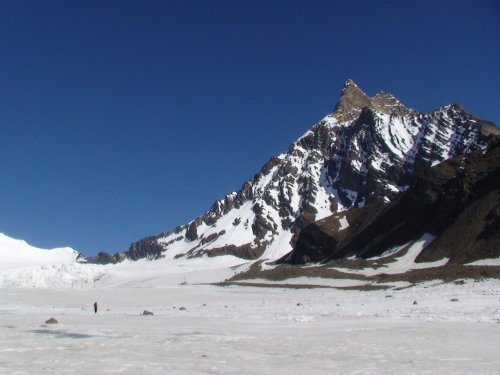 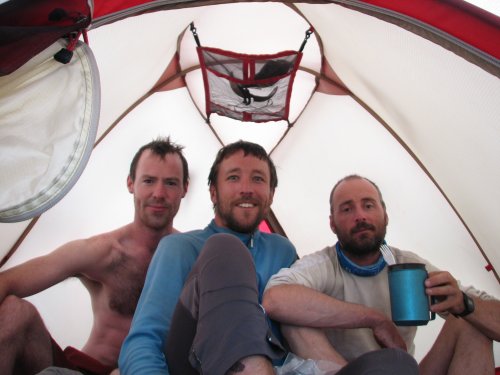 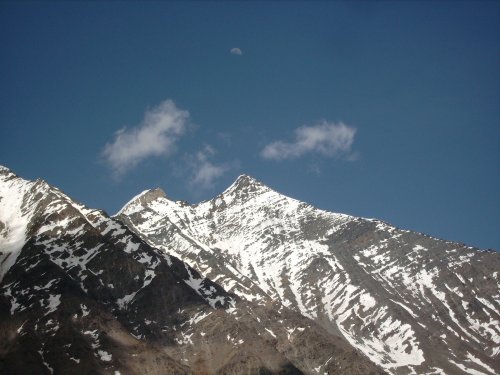 Moon over Ramabang – view from base camp.
The route we did on the peak was the south-west ridge, seen on the right-hand-side skyline. 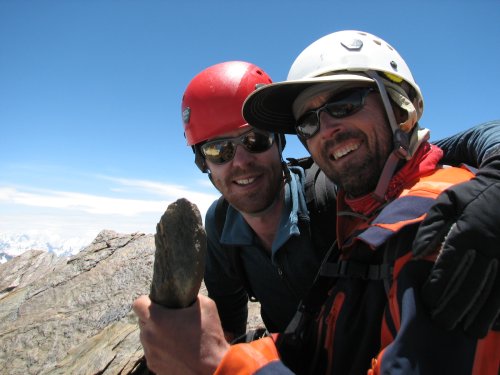 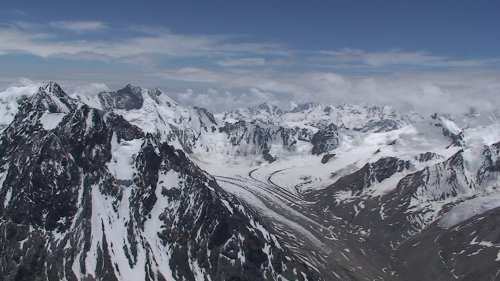