That we experienced fine weather yet again on our third June meet to the Lake District was no accident. Never the type to take things for granted, and keen to cover all the options, we held a short prayer meeting at the foot of the crag each morning: a few moments quiet contemplation: a reading from the Good Book, and the rounding off of proceedings with a blessing from our esteemed president and we were on our way. 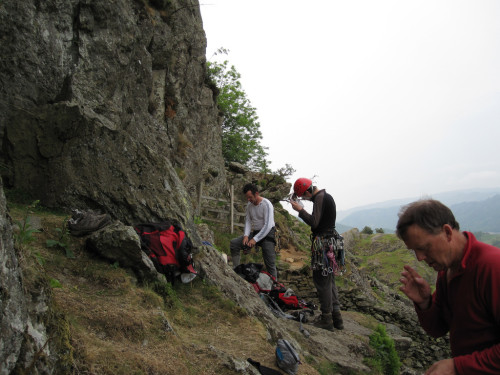 We had a lot of firsts on this meet. First time to the Lakes for John and Barry; First 5c lead for Padraic; first leads at Castle Rock for Mags and James; first leads of multi-pitch routes, under the watchful eyes of Alastair and Nick, for newcomers Nicole and Ian. 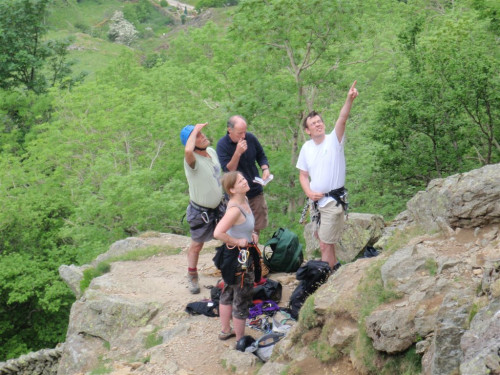 I firmly believe that this is the way to go – learning to lead should be an integral part of learning to climb – the longer it is put off the more intimidating it appears to be – and no better place to make the break-through than on the big, but user-friendly crags of the Lake District and Snowdonia. 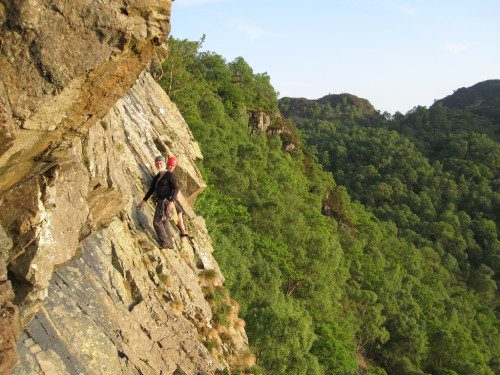 We were up by 6.30 each morning, and away by 8, making the most of our days. We climbed on many different crags: White Ghyll; Troutdale Pinnacle; Grey Crag; Scout Crag and Shepherd’s Crag were all in the mix. 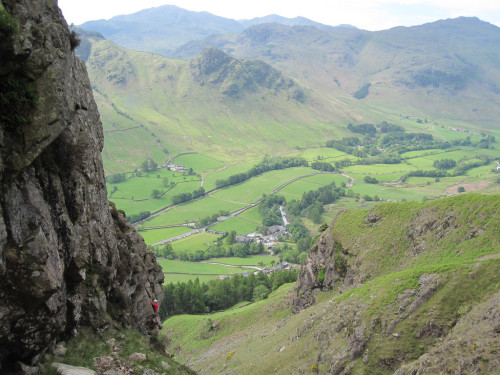 At Castle Rock, Joe was happily leading on pitches that he had great difficulty seconding just twelve months ago. When the rain finally came on our last day, there were few murmurs of complaint for, in truth, at that stage we were a spent force, happy to wrap up proceedings and head for home. 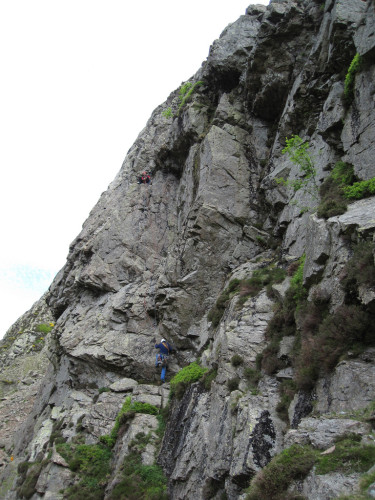 We had a total of seventeen on the meet – quite a good turnout given that there is a recession on. It was a good mix of old and young, men and women, and we dined in a convivial atmosphere at the end of each day. 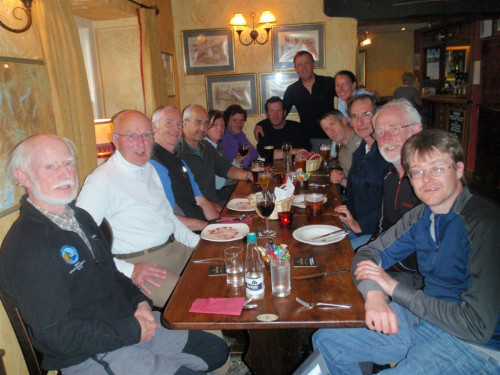 While it always pleasant to have the ladies along, I do sometimes wish that they would take the climbing a bit more seriously. I was pleased when they told me they were going to pay a quick visit to the gear shops in Keswick, but the outcome was not quite what I had expected. 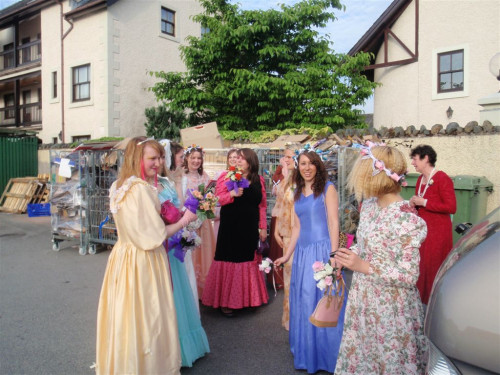 We were a good-humoured bunch, with plenty of banter, though, as usual, some of Joe’s jokes were a bit hard to bear. 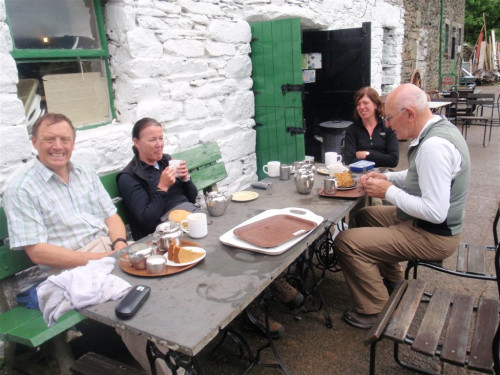 Perhaps the only fly in the ointment was our Barry. Normally an affable, good-humoured chap, he does have this irritating habit of getting up one’s nose – a trait that has caused some red faces – and I shouldn’t be at all surprised if someone scalps him one of these days. 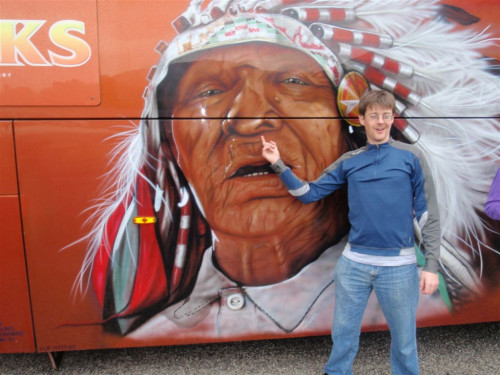