(by Moira Creedon, from IMC Newsletter Spring 2004)
A review of the winner of the 2003 Boardman Tasker Prize for Mountaineering Literature 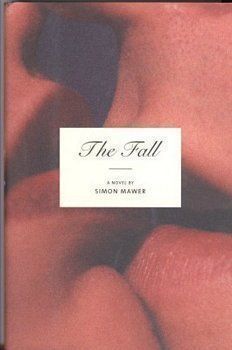 “You could see his hands going up on the rock above him, imagine his fingers touching the rock and finding the flakes and nicks that are what pass for holds on that kind of route. Mere unevenness. What the climbers of the past would have called rugosities. They all seemed to have had the benefit of a classical education. Not the present breed. ‘Thin,’ the modern climber might say.”

The Fall is an extremely unusual book. A brilliantly successful work of fiction but also a detailed and accurate foray into the world of mountaineering. You realise within a few lines of the book that Simon himself has to be an experienced climber and mountaineer to recreate this world in such loving detail.

After the stark opening the book returns to the beginning in a North Wales childhood to retrace the lives of Jamie Matthewson and Robert Dewar his climbing partner, as seen through the eyes of Rob. From their innocent early attempts in the Welsh slate quarries, through winters battling on climbs in Scotland, they share the joys of climbing (“like smoking and sex together”) until the final challenge they take on together tears them apart. Rob comes close to destruction at the climax of the book (at the Eiger Nordwand) to be saved and dragged back to the world of normality by his future non-climbing wife Eve.

Is he saved? As we watch Rob progress to a world of New Labour, a solid career with two children and two budgies, while Jim rushes further and higher towards his inevitable death, we are left with all of our assumptions in tatters at the end.

This is not a novel that uses climbing as “interesting background”. By the end of the book the issues of personal identity, climbing, love, commitment, truth, beliefs, goals … are so inextricably interlinked that it is impossible to say what the book is about, except that it touches almost too many chords. To any climber the settings of the book alone are disconcertingly familiar. Looking up at an as-yet-unclimbed Cenotaph Corner, Jamie’s father Guy begins his first climb with his future love. The descriptions of weekly meetings of the “City Climbing Club” would make you wonder if Simon has penetrated the inner circle of the Church House.

We wander effortlessly through the lives of several generations and Mawer achieves the time travel in a convincing and evocative way with the minimum of descriptive prose and no melodrama. The recreation of the innocence of a pre-war hiking weekend is as vivid as the world-weariness of 70’s hippie climbing chick Ruth with her cheap bangles and ragged satin waistcoat.

The writing in this book is as understated as the movements of the climber we watch in those opening pages and a sense of lurking doom pervades the book, just as it must have haunted the minds of those who watched the solo climber fall to his inevitable death.

It is nonetheless an uplifting and beautiful book. "There is something old-fashioned about climbing", Mawer writes near the end of the novel. "It lets in emotions that one does not readily admit to any longer: companionship, commitment, even love." This book leaves so many fascinating questions opened but unanswered it will guarantee heated household discussions – and in our house at least, several people were late for work because they just couldn’t put it down!