(by Bill Hannon, from IMC Newsletter Winter 2003)
An obituary of Ivan Rowe. 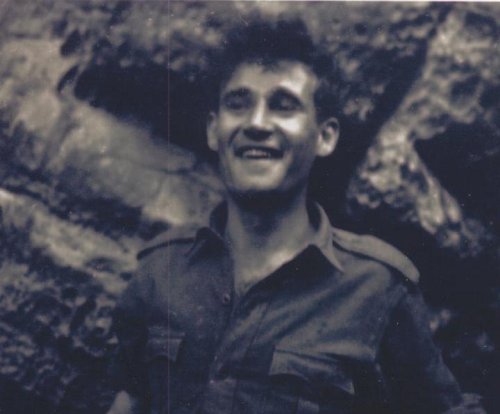 It was with great sadness that many of the older members of the Irish Mountaineering Club heard of Ivan Rowe’s death.

Ivan’s grandparents emigrated from Russia, and Ivan was born into, and grew up in the close-knit Jewish community in East London. After national service he studied Forestry in Bangor and went to Scotland to gain practical experience. There he became interested in mountaineering and was introduced to rock climbing.

Back in London he climbed at weekends at Harrison’s Rock where he first encountered Irish “emigrant rock climbers”. When he met Jill they travelled frequently to North Wales where his path crossed that of the Irish Mountaineering Club. So when, in 1959, he came to Ireland to work he naturally joined the club.

Ivan and Jill became familiar figures at I.M.C. meets all over the country, returning with the club to meets in Wales, the Lakes, and Scotland. In later years he was one of the group who climbed on Sunday morning in the Quarry. During the sixties and seventies he sailed regularly with fellow I.M.C. members at Blessington Lakes. He also became an enthusiastic skier visiting many alpine ranges.

Fate dealt Ivan a cruel blow when he suffered a severe stroke eight years ago. Despite the devoted care of Jill, and his daughters, Rebecca and Laura, his life was much curtailed. However, he maintained his friendship with many in the I.M.C. and remained closely involved with his firm, BIRO in Ringsend, until he died.

Ivan’s pride and interest in the culture and traditions of his Jewish heritage deepened with the years.

His death has left a large gap in many lives, but his life has left us with many happy memories and we’ll miss his benign and tolerant presence.