The sun was shining and the wild flowers in bloom in Calpe last week. But there was more than just flowers blossoming. I was accompanied on the trip by Padraic and young Paddy, two of last year’s new recruits to the club, and it was heartening to see how their skills, attitude and technique blossomed as the week progressed. Indeed, in the latter half of the week I had the distinct feeling that I was working my way steadily towards the back of the bunch. It’s a feeling I am becoming more and more familiar with these days, and that’s as it should be.

We had set our sights on the multi-pitch routes in the area, partly because the two lads wanted to gain experience of setting up belay anchors etc., but mostly because these routes are much more satisfying and enjoyable. We arrived on the Sunday night in heavy rain, but it had cleared by the following morning, though there was cloud on the mountains. Breakfast on Monday morning was unavoidably delayed as we waited for the local supermarket to open, but as this meant we were able to enjoy the one-off luxury of dining in full sunshine on the balcony, there were no complaints.

We got the climbing off to a gentle start with some of the many four pitch routes on Toix, a sunny and ever reliable crag just above sea level, – a sort of local, and larger, version of Barnbawn. The lads took to it like ducks to water. Back at the apartment that evening we spent some time practising setting up belays on the balcony railings with the boys demonstrating their ability to do one-handed clove hitches in all kinds of situations.

From the balcony of our apartment we could look straight across at The Peñon, Calpe’s own mini-mountain, and a magnet for all visiting climbers, providing climbs of up to eight pitches in length. With the weather set fair, we went for it on the second day. I had previously climbed a route on the south face with Liam, so this time we opted for a seven pitch route on the north face. Although it wasn’t planned, Paddy got the crux pitch and cruised up it, no bother. A sign of things to come.

The following day there was a light covering of cloud, with even a few drops of rain, so we opted for the seacliffs and Roland’s Magical Mystery Tour, a rising traverse through some dramatic and imposing cliff scenery. The approach to the foot of the cliffs is via a sensational free abseil (another first for the lads), down alongside the remains of an old, rusty, rickety ladder, used by local fishermen in days of yore. Although I had done this route previously, I must admit I was a little anxious, as the only easy exit was the route we were tackling (a five pitch HVS with a grade 5 crux) and a serious proposition if the rains came on. I opted to lead the crux sections, just to be sure, but, as it turned out, I could have left it to either of the lads as the weather remained fine and, more to the point, they both cruised up the rock.

On Thursday, a glorious day, we headed for one of my favourite places on the Costa, the beautiful Echo Valley, home to some very pleasant multi-pitch trad routes. With excellent rock, plenty of opportunities to practise gear placements and some route finding skill required as well, it provides a good test for any up and coming climber. Here Padraic shone, with some solid leads. A very pleasant day, in a very peaceful setting.

Buoyed up by all of this, we decided to up the ante a little and on Friday we tackled the Mascarat Gorge, a seven pitch HVS route with a 5+ crux. By this stage I was really surplus to requirements as the two tyros ran the show, with Paddy polishing off the 5+, while Padraic wrapped things up with a 60m traverse that caused some minor palpitations as one of our ropes was only 50m long. To add spice to the occasion, Paddy had to second this pitch in a dramatic thunderstorm, with the lightning flashing just overhead. However, it was a typical Costa storm in a teacup and by the time we had completed the hour long trek back to the car we had dried out and were in sunshine again.

Another visit to Toix and a trip to Marin on the final day wrapped up a great week’s climbing, made all the more enjoyable by reports from home of snow, sleet and sub-zero temperatures. The two lads lapped it all up while I was treated right royally – fortified by numerous cups of tea, courtesy of Padraic, and never having to carry more than a light rucksack, thanks to Paddy’s broad shoulders – throughout what proved to be a very enjoyable trip.

I should mention that we were joined on Thursday night by Barry and Alan, over for a long weekend. I was very impressed when I saw Barry approaching, bent almost double under a huge rucksack. This guy was obviously up for some serious climbing. It was something of a letdown to discover that 90% of his load consisted of porridge. When asked about what gear he had brought along, we were greeted with blank stares. This man has his priorities right, that’s for sure. Though his climbing partner may have a different view of things. As for Alan: beer was to him what porridge was to Barry, I suspect he even uses it to clean his teeth. No problems with liquidity there then, recession or no recession.

Whether or which, they had a very successful trip, with a route on the south face of The Peñon on Friday, and a long classic on Puig Campana on Saturday.

What with these four lads ready and eager to tackle long routes, and John’s successful and well supported trip to the West, it was, all in all, a good week for the club, and one that augurs well for future.

Looking back on it, there was just one small disappointment – despite numerous threats and promises, Paddy never appeared in his flowery shorts. Ah well, there’s always next time. 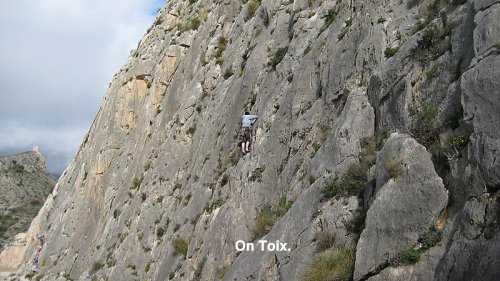 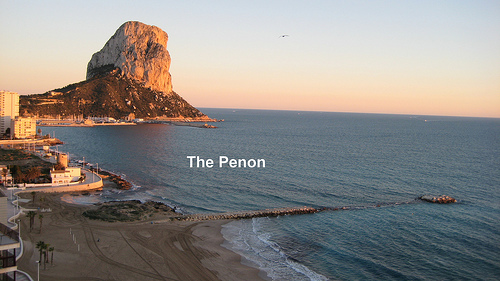 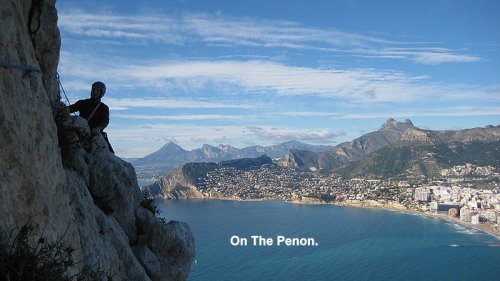 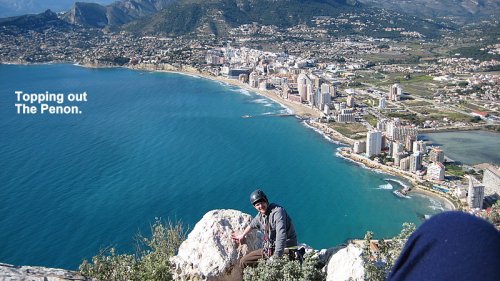 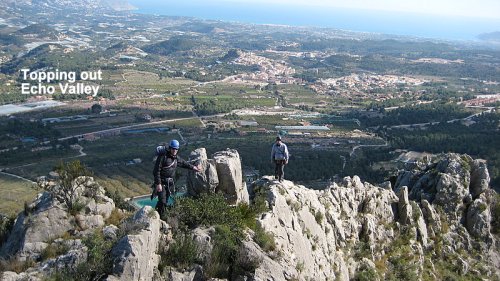 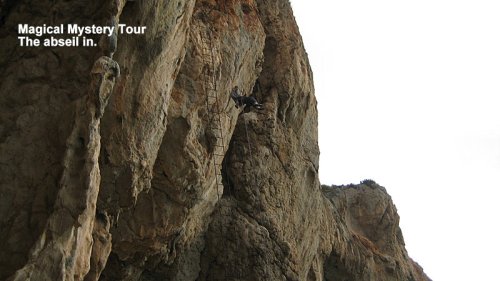 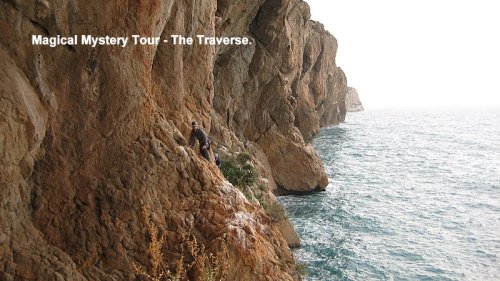 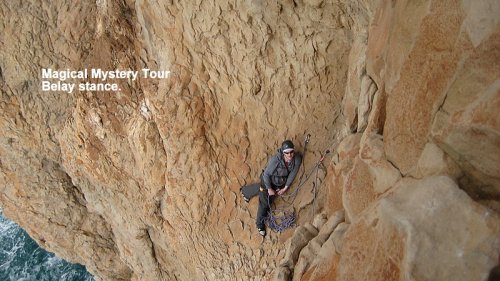 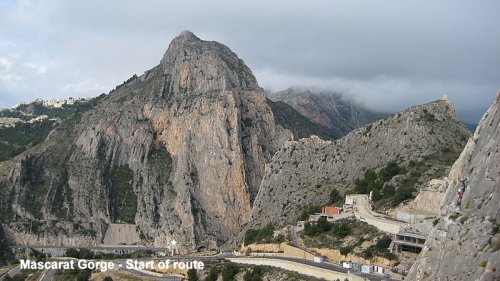 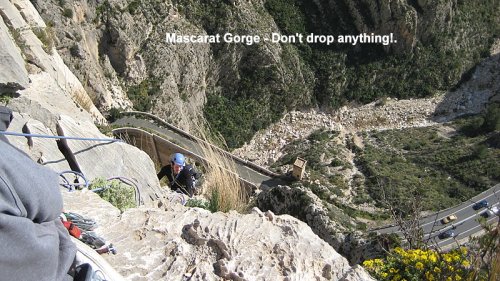 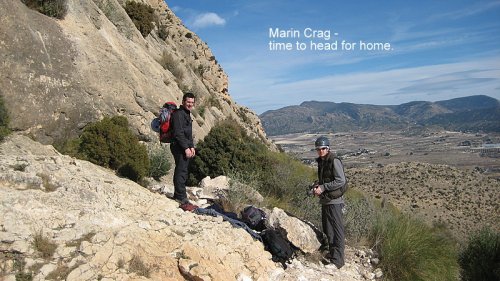