(by Gerry Moss, September 2008)
Two days of climbing in the Mournes – Pigeon Rock and Lower Cove.

Michael was unlucky with the weather for the meet to Bearnagh Slabs. But then, given the summer that is in it, he could have picked any of half-a-dozen different Saturdays and come up with rain. Periods of good weather have been well-spaced and short-lived, the Friday after the meet was to take place being a good example. A small ridge of high pressure arrived and was gone within the space of a day-and-a-half. Not good for those working a five day week. But for Genevieve, still fit as a fiddle after the MCI alpine meet (N/E ridge of the Piz Badile, etc.) and keen to finish off her summer break on a high note, and for myself, for whom work consists of nothing more onerous than cutting the grass, hanging out the washing and hoovering the stairs, Friday was too good an opportunity to miss. 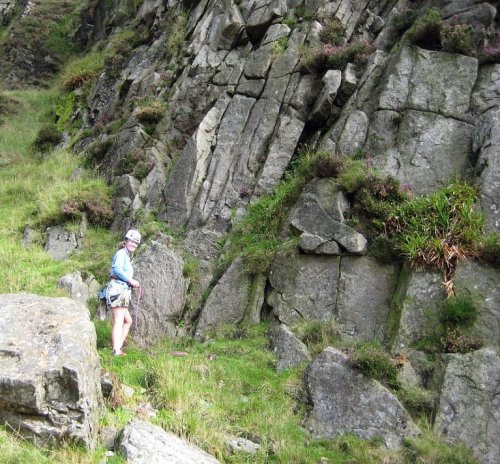 We opted for Pigeon Rock in the Mournes, on the basis that the plentiful supply of jugs on the gully wall would offset any seepage remaining after all the rain up there. We were pleasantly surprised to discover that the crag was almost completely dry. Sun-catching and sheltered, the choice was ideal, and we ticked off all the routes from the classic Class Distinction down as far as Falcon, the in-situ abseil point helping to speed up the process. 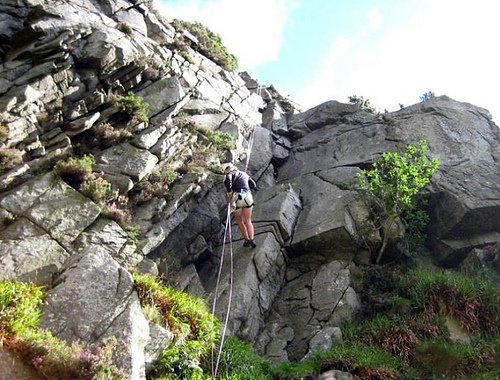 The intention was to continue our efforts around the corner on the Nose which, though a little runny, was climbable, and getting drier by the hour. But with the evening closing in, the sun went behind the clouds and the midges came out to play. With six routes beneath our belts we felt we could abandon the field with honour and headed back to the car after a grand day in the hills. 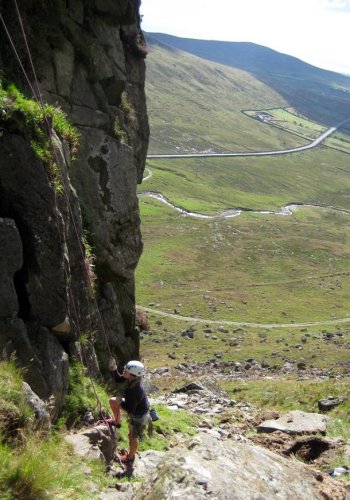 Fast forward to Des Doyle’s meet to Ireland’s Eye (always a popular event) last Saturday, and the story was the same as for Michael. But, cruelly, the Sunday was a delightful day and we decided to grab it with both hands. It was the Mournes again, but this time our target was Lower Cove, surely the gem in the crown of the Kingdom of Mourne. Another south-facing, sunny crag, with over 70 routes to choose from, across a wide range of grades, and most of them on quick-drying rock. 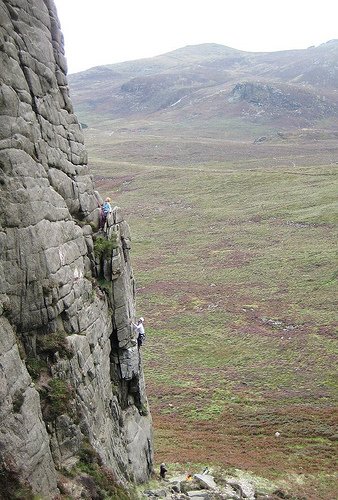 The walk-in takes just over an hour of steady going, but it is on well-used tracks, with only a gradual gradient and, all the while, splendid views ahead of Binnian, Lamagan, Slieve Beg, Donard and the whole spread of the scenic Annalong valley.

We were the first two to arrive at the crag, but were joined shortly afterwards by six others, all Dubliners availing of the good weather to head north. 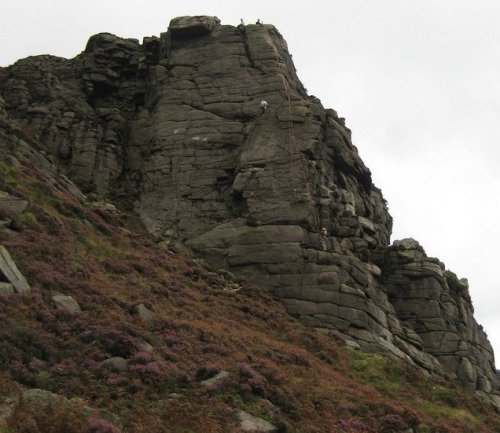 The torrential rain over the previous two days had left its mark – all the streams encountered were showing ambitions to be reclassified as rivers, and all the rivers were in spate. But most of the crag was dry, and we had another great day. 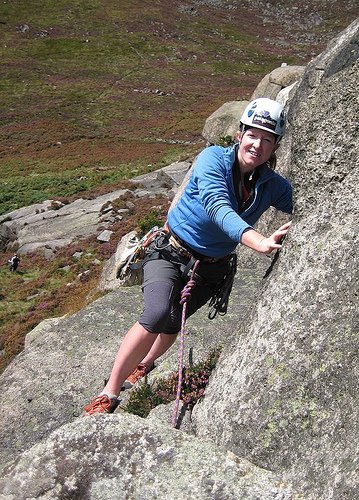 Now, for Genevieve, it’s back to academia and the realm of scribes and scholars, while I, like Pangur Bán the cat, watch and wait, ready to pounce. A thankless task – but someone’s got to do it.