(by Gerry Moss, May 2009)
Climbing on the sea-cliffs at Ardmore, Co. Waterford.

A wet and windy May fills the barns full of hay, so it’s not all bad news then. With the weathermen promising iffy weather almost everywhere, we heeded their advice and headed for the sunny south-east – the sea-cliffs of Ardmore in Co. Waterford to be exact. 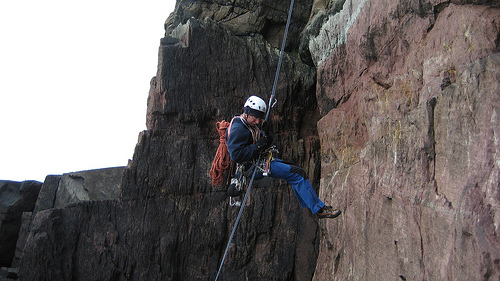 Having to abseil down overhanging rock to reach the foot of the climbs always adds a little frisson of excitement to the proceedings, and a brisk wind, making for a lively sea, further enhanced the situation. 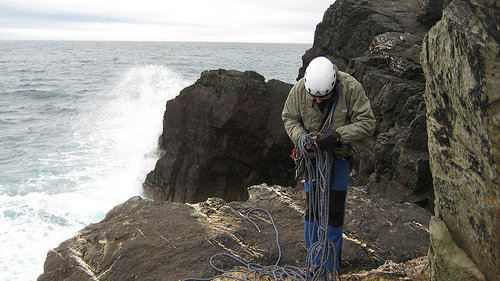 The rich hues, rough texture, and jumbled architecture of the sandstone sea-cliffs all combine to produce some very atmospheric routes. 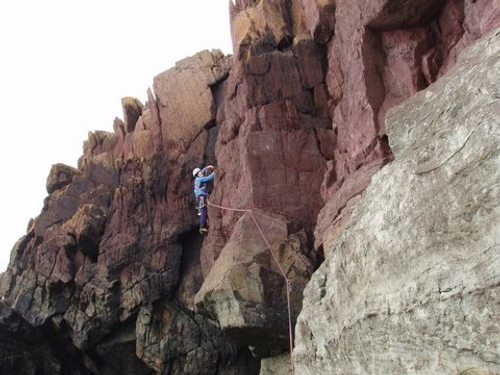 While the rock is generally sound, storms can wreak changes to all cliffs exposed to the onslaught of the waves, so caution and careful attention is always needed. An incoming, boistrous tide added a sense of urgency to matters as the day wore on, particularly for the second. 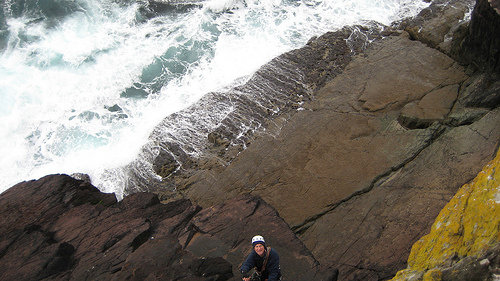 The sea-pink and kidney vetch were in full bloom; the upper rocks covered in vivid patches of lichens; we were surveyed by seals, serenaded by choughs and entertained by the aerobatics of the gannets. We had no rain and even espied some patches of blue sky. 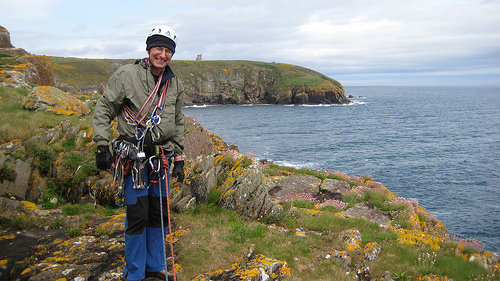