Jacob’s Ladder: A Climber’s Guide to a Mid Life Crisis 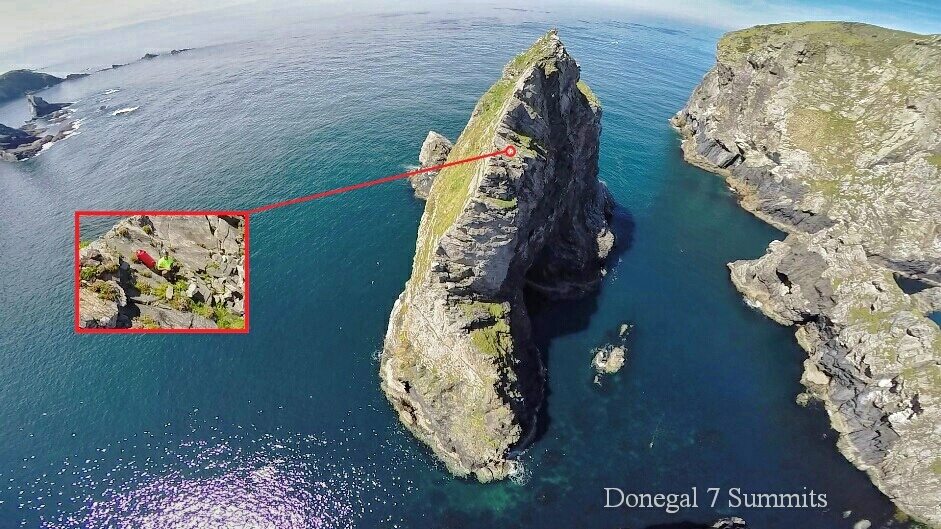 This promises to be a great talk from the Donegal climber Iain Miller:

“Living along the western seaboard of County Donegal live 100 guardians of an ancient and little known world. Sculptured by the pounding heart of the wild Atlantic Ocean over thousands of our lifetimes these towering rock sentinels stand guard at the outer edge of our distant shores. Marking the boundary between the moving and the static, these gothic leviathans are the last remains of a time long forgotten.

Imagine travelling 20km on single track laneway from the nearest main road followed by a 4 km walk over Ireland’s last great wilderness to visit the most remote point of land on mainland Ireland. From here standing on the summit of this near 1000 foot high sea cliff overlooking the distant edge of the further, we descend to sea level to arrive on outstandingly beautiful storm beaches in the most remote, isolated and atmospheric locations in the country. We launch from the shore to cross open ocean and land on the bases of these wave sculptured rock towers. We then climb these lonely towers to arrive on a pristine pinpoint summit far from anywhere in the real world.

Standing on an isolated summit over 100 metres above the ocean, 500 metres from the nearest point of land on mainland Ireland and over 20 km from the nearest main road can easily be described as a truly spiritual experience. You are now standing on a summit that has been visited and stood on fewer times than the surface of the moon.”

Registrations are closed for this event