Perhaps it is just as well we live on an island. I never got the hang of this GPS lark, nor SatNav either, for that matter. I could usually manage the little roundy compass with the nervous needle fairly well, barring the odd hiccup. Like last Saturday morning, for instance. We were supposed to be heading for Knockadoon in Cork, but finished up in Sligo instead. Ah, well, even Homer nods. Just as well I had the topos for Happy Valli crag in my pocket. I had visited this crag many years ago, while it was still untouched, but had never climbed on it, so I was looking forward to sampling the routes. 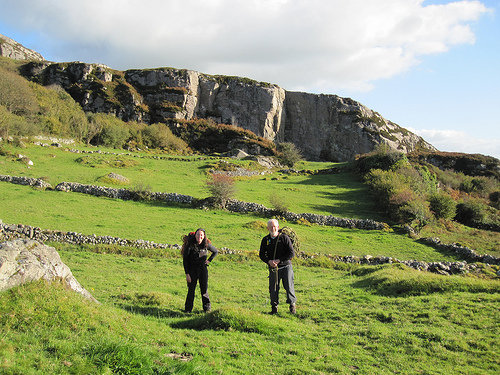 An impressive piece of rock, and reached by just a five minute stroll through a friendly farmer’s fields, its one drawback is that it faces northwest, so it doesn’t get sun until late in the day at this time of year. It would be a very pleasant place on a summer’s afternoon.

Saturday was a glorious day, with blue skies and balmy temperatures, but the crag was cool and slightly damp in places. We got to grips with it and realised, when on top, that there was a second, higher tier, which was dry and in the sun. 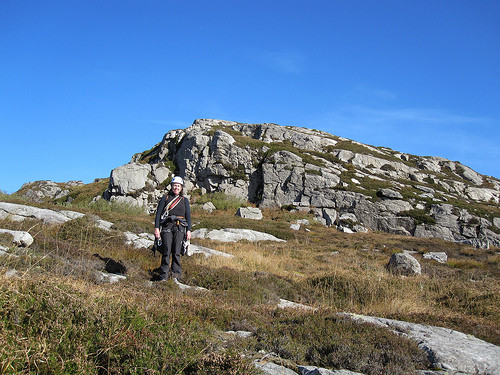 So we moved on up and knocked off a few more routes, on good, dry rock, all the while savouring the wonderful atmosphere and the views out over Sligo bay and the surrounding hills. 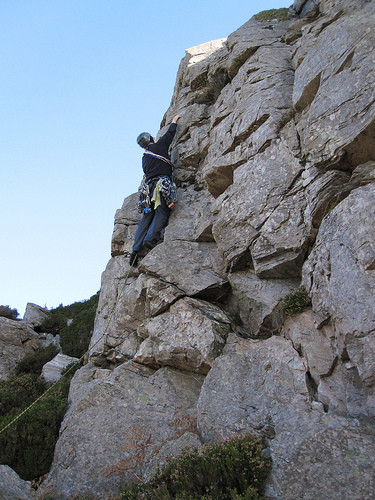 We even added one new route of our own, a nice steep Hard Severe. 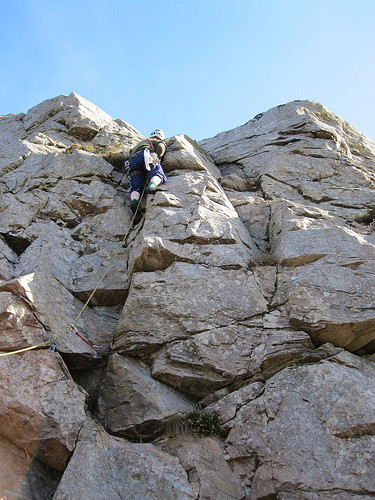 When we returned to the car we headed off to do a recce on a crag I had spotted many years ago, and lined up several routes for a future trip to that lovely landscape west of the Shannon.