(by Gerry Moss, February 2010)
A day of climbing (with some new routes) at Helvick Head, Co. Waterford.

"When the wind blows from the east, it’s good for neither man nor beast".

And when it blows from the northeast it’s even worser! So, last Saturday, in an effort to escape from the cruel winds, we headed down south to Helvick Head, just beyond Dungarvan. We, in this case, being those two doyens of academia, Joe and Herbert, plus muggins. With the new Waterford by-pass in operation, our journey was that much simpler (six minutes from Rhu Glen Hotel on the New Ross side of the city, to where the old road is joined, just beyond Kilmeaden, on the Dungarvan side of things).

While we didn’t shake off the winds entirely (now and then a keen blast would come sneaking around the headland), we had pleasant sunshine and dry, solid rock. 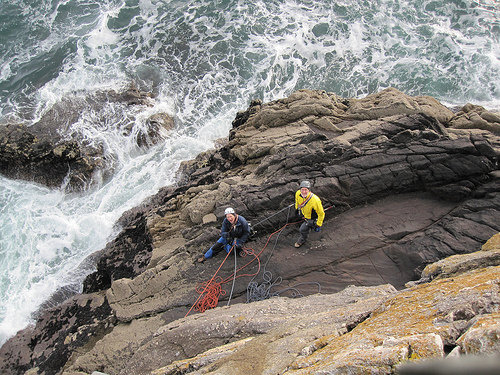 These two lads are around long enough now to be let loose on the sharp end, so we polished off a few routes to get the feel of the place (it was Joe’s first visit, Herbert’s second). Here’s Joe on Pippin, VS 4b: 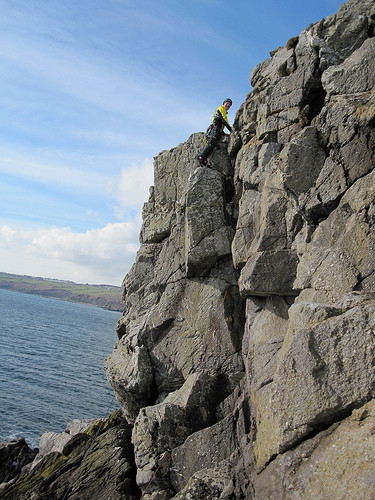 And here’s Herbert on Young, Free and Single, V. Diff: 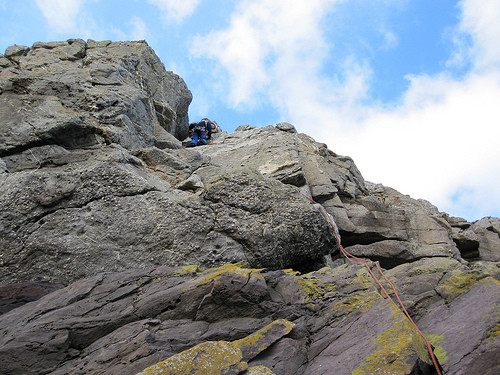 It was then agreed that it was high time for the two of them to get their names on the scoreboard, so we went scouting for possible new routes. 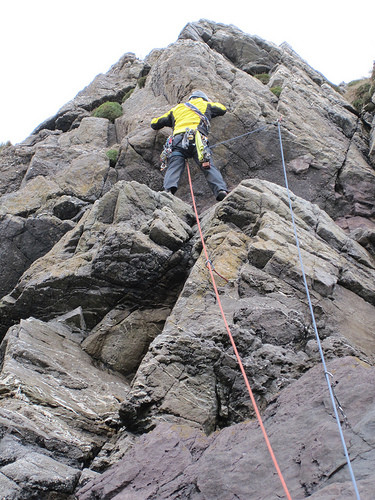 And this is Herbert on Pre-Valentine, M.Severe: 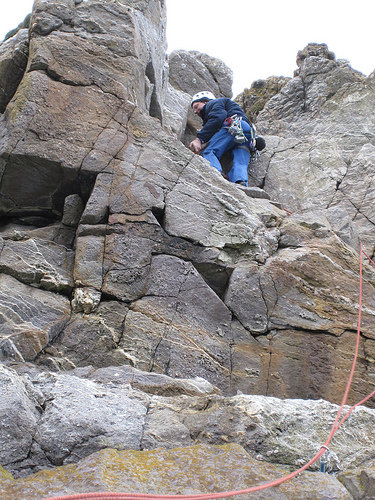 Two good additions, and there is room for more.

All in all a good day’s work.