Just like the blackbirds in the Song of Sixpence, we numbered four-and-twenty but, unlike them, we basked rather than baked, in four days of glorious sunshine. In typical IMC fashion we approached The Lakes in a multitude of ways: some flew in to Leeds, some in to Liverpool; some sailed to Holyhead, some to Birkenhead; others came by train and bus and one hardy soul came by train and bike. 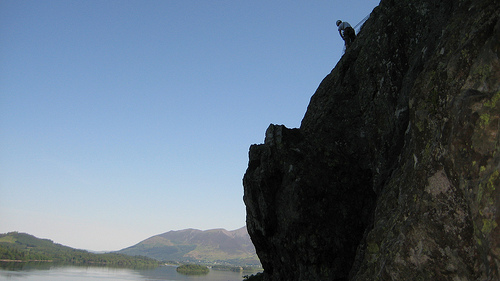 But all were united in their determination to make hay while the sun shone, and took advantage of the settled conditions by visiting some of the more remote mountain crags. 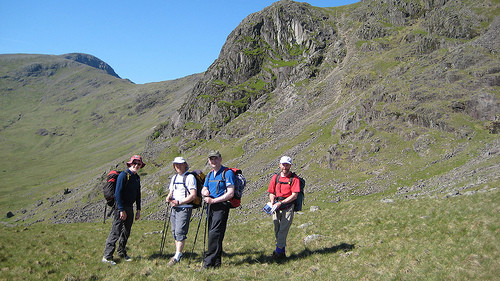 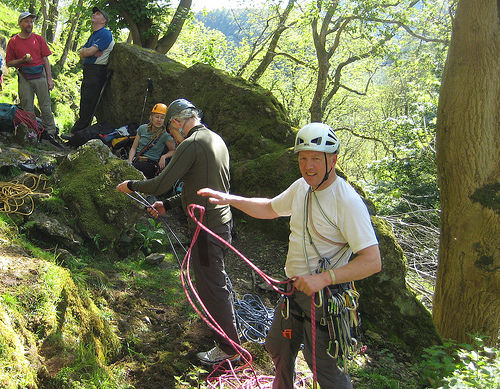 Nor were the local crags neglected. With Castle Rock, Shepherd’s Crag and Langdale’s Raven Crag receiving plenty of attention. 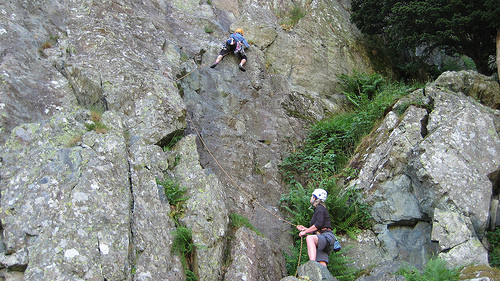 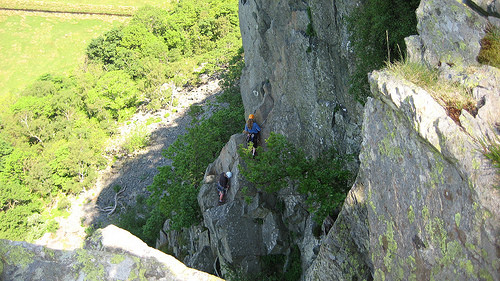 Though the crowd was large the hut coped admirably, and it was a well-satisfied bunch that headed for home at the end of a great weekend. 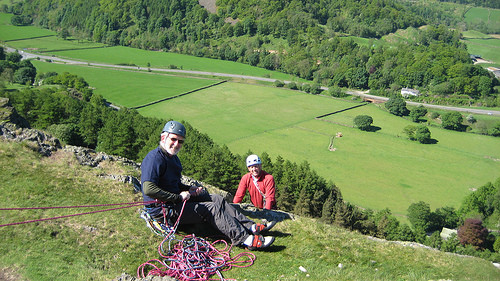