Tricky time of year, this. Some days you can climb out of doors, other days it’s not on. But once you taste the great outdoors, the wall begins to pall and you grow weary of pulling on holds half the size of your boot. So, if you find yourself wishing it was all a bit nearer to the real thing, and long for even a short spell in the fresh air, then look no further, here’s an alternative. A different kind of wall and a different kind of climbing and, best of all, it’s granite, dammit.

Granted there are no overhangs but there’s acres of traversing and, as the wall seems to have been built at a time when mortar was in short supply, there are lots of slopers, crimpers, side-pulls and small thank-god holds, as near to the real thing as no matter. Ideal for building up your stamina. 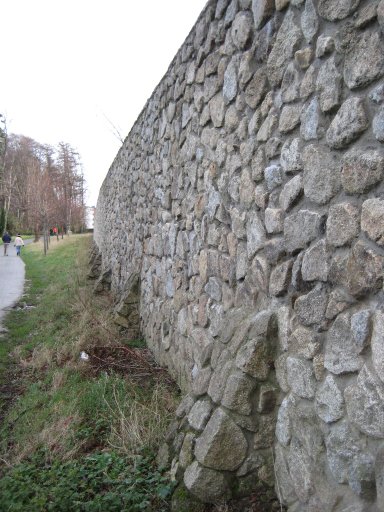 As you can see, the highest sections are supported by small flying buttresses, breaking up the long traverse, giving aching fingers and toes a chance to snatch a rest without actually coming to ground. You can make a bee-line from one buttress to the next, or you can emulate the graceful grey wagtail, sailing across the wall in a series of undulations, soaring up and down between rests.

The wall is divided into sections by a series of vertical cracks varying in width, providing opportunities for finger, hand and toe jams and the chance for a bit of laybacking (something sorely needed on the climbing walls). Try laybacking a crack from the left, then switch over and lay-back it from the right. 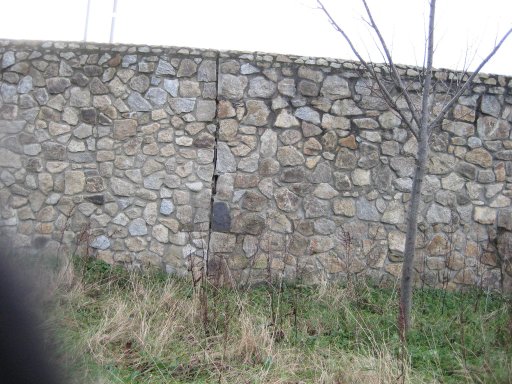 The wall is quintessentially Irish in as much as it’s two-faced, the climbing can be sunny or shady as you wish, you can opt to climb inside or outside the park and, in addition, the outside section is floodlit at night. At first I hesitated to recommend disporting beneath floodlights, given their association with the vulgarians and those ruffianly past-times, rugby and soccer. But then I remembered that the GAA has recently introduced the concept of battling it out under floodlights and, if it’s suitable for the handsome youths and comely maidens of rural Ireland, then it’s surely ok for the gurriers in the IMC. 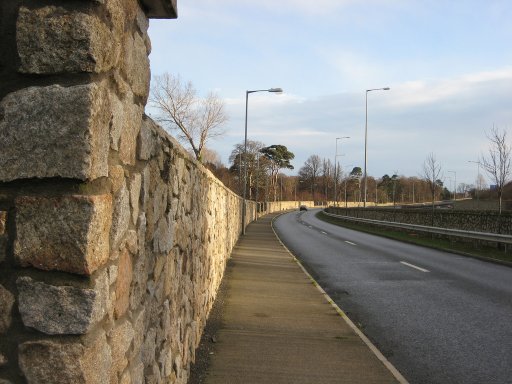 If you are the shy retiring type (and I know most of you are) then you can opt to climb at the eastern end of the wall, where you will be screened from public view by a belt of trees. You may find, however, that your efforts are being scrutinised critically by the local squirrels, natural born experts at dynos, egyptians and stemming. If you get the feeling that they are not at all impressed by your antics, that they may even be thinking "nuts", don’t be too depressed. After all, nuts are all squirrels ever think about.

The wall is hard on the fingers and on shoe rubber too. But if, like me, you have some old rock shoes (and some of mine are probably older than you are) you can give them a new lease of life. Or you could try your alpine boots – they are ideal for small holds, encourage intelligent footwork and help build up calf muscles. Of course, if you are one of those people who find it difficult to make up their minds, you can always try pick and mix. 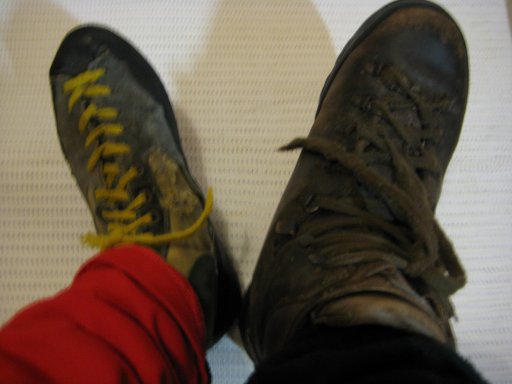 In conclusion, consider the following points:
No entry fees, annual subscriptions or membership cards required.
No tests to pass.
No queuing for routes, no groups under instruction, no gangs of noisy teens.
No grading or colour coding – you decide for yourself which footholds and handholds to use, and how to use them – all good for developing an eye for climbing.
And, like two popular TV programmes of yore, it’s Amuigh Faoin Spéir and Open All Hours.

Approach: The wall forms the southern boundary of Marlay Park, a public park near Rathfarnham, and it lies just north of the M50, between junctions 12 and 13 and, if using the motorway, is approached fom the latter. The shortest approach (2 minutes) to the wall is from the carpark on College Road, which runs parallel to the M50, or it can be reached on foot from the Grange Road carpark (about 10 minutes, following Wicklow Way markers).