"There were two outstanding early achievements on the same day. One was Joss’s lead of Pine Tree Buttress, the crux pitch being done while belayed precariously to the pick of a slater’s hammer jammed periodically into vegetation by Pat Crean who was simultaneously ascending Crean’s Crawl, this pitch being followed by a lengthy fall when the top pitch was attempted straight up."

On Saturday 17th July 1999, en route to his 75th birthday party, Joss Lynam climbed Pine Tree Buttress at Luggala, a route which had its first ascent fifty years ago, on 26th March 1949, led by Joss himself. This time the route was climbed by a party of three, with Liam Convery leading Joss and Bill Hannon. 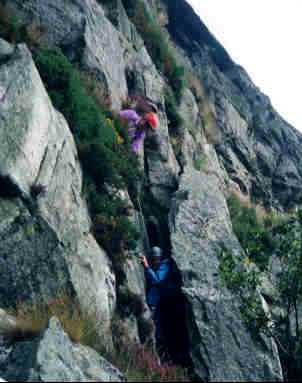 Joss and Liam: The chimney 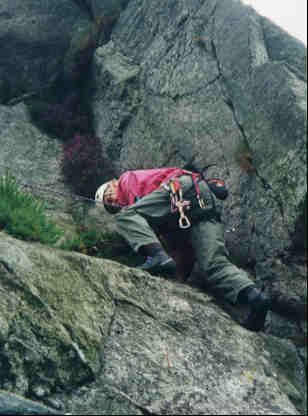 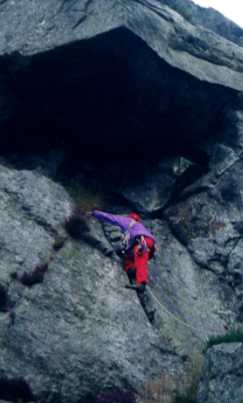 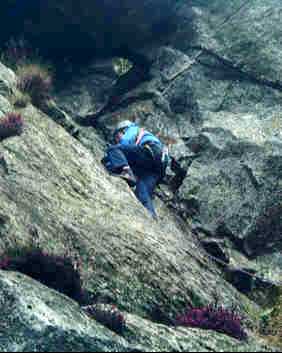 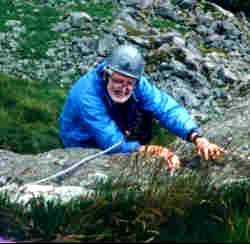 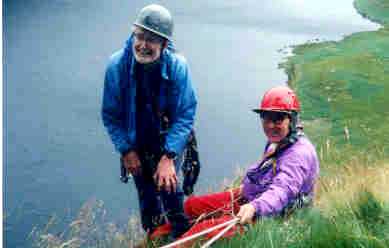 Joss and Liam: The top