(by Joss Lynam, from IMC Newsletter Autumn 2004)
An obituary.

A civil engineer by profession, Seán went to work in England for some years after the War, but returned to Ireland in 1950. Already a practised hill-walker, one of his first acts was to join the IMC. In the Club he met Sheila Gorevan, a member since 1949, and they married in 1953. He was active in the Club for some years, maintained his membership, with a gap in the early sixties, up to 1979 and continued to walk the hills with family and friends. Our older members who frequented Roundstone will recollect the de Courcy family annual summer stay in "the Nissen Huts".

He was decidedly not a rock-climber, as his poem The Ascent of Gashed Crag in IMCJ 1952 (reprinted in the Golden Jubilee issue) graphically illustrates. He made a couple of the other amusing and satirical contributions to IMCJ, the most notable being The Seven Hundred Foot Vertical Crack.

He had an interest in the history of our mountains, and the lecture he gave to the IMC in 1952 on Mountains depicted on Irish maps before 1700 is reprinted in Vol 2 of the Irish Mountaineering and Exploration Society’s Journal.

He became a lecturer in Structural Engineering in UCD in 1964 and remained there until he retired in 1988, with the title of Professor Emeritus. After retirement he remained active in engineering matters and gained an international reputation. He had many peripheral interests (he is widely-known for his book The Liffey in Dublin) and to all of them he gave the full attention of his fine intelligence, as his writings in our field testify. 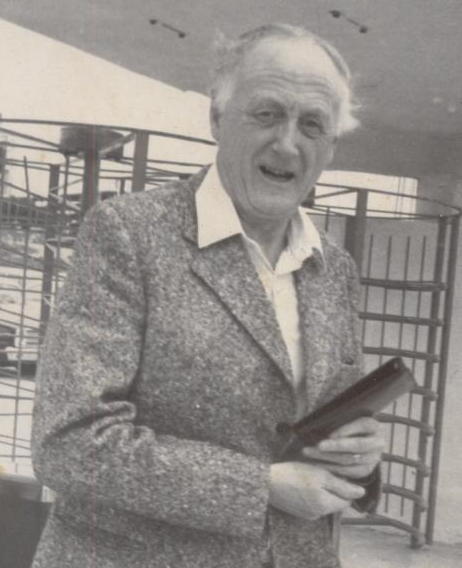