(by Gerry Moss, April 2009)
Climbing on the crags around Vienna, Austria.

I spent last week in Vienna, a guest in Herbert’s down-town, up-market, comfortable apartment. We climbed for five days, four of them on local crags and, on our one wet day, at the city’s magnificent municipal climbing wall.

Our first two days were spent at Pelstein, about 40km from Vienna. This is a major sports climbing area, with some 850 routes packed into 25 sections spread over a distance of little more than half a kilometre. 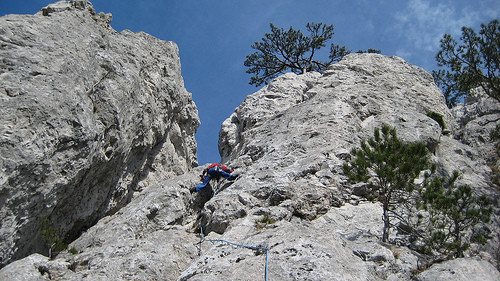 For sports climbers looking for somewhere new this is a venue worth considering: the rock is good quality limestone and all routes are well bolted. There are one, two and three pitch climbs to choose from, and climbers can opt to complete the longer routes or just ab off after the first or second pitch as the top of every pitch is rigged for abseiling. 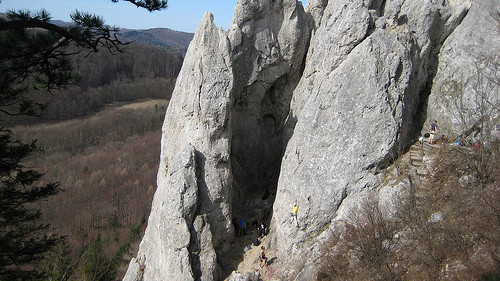 There is a full spread of grades here, with lots of climbs in every grade from three right up to to eight, a fair few nines, a sprinkling of tens and even a handful of elevens. The grading is quite sharp, but this is offset by the fact that the bolts are at every three meters.

The guidebook is in German, with an introduction in English and Italian and good, clear topos. Because there is such a multiplicity of routes careful perusal of the guidebook is necessary, but on each section there are one or two routes marked with small metal nameplates to help get you sorted. 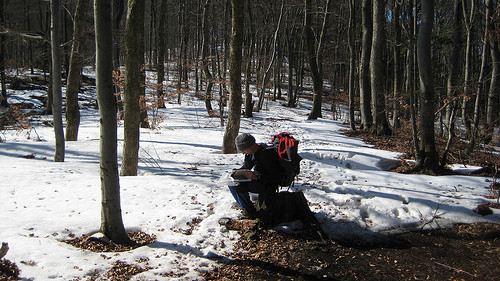 Approach can be made from the front or back of the crag and the furthest point is no more than a twenty minute walk, through lovely woodlands, from either car park.

There is an Alpine style restaurant-cum-guesthouse-cum-bunkhouse sitting on top of the crag, so you won’t go hungry, and you could base yourself here for a few days. 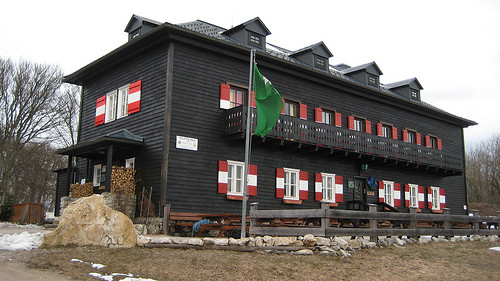 We were quite lucky with the weather – there was still some winter snow lying in the woods, but the rock was dry and sunny. However, late March is a bit risky and mid-April onwards would be a safer bet, though it would probably be too hot for most Irish climbers from mid-June to early September.

We also climbed at Mödling, only 20km from Vienna and their answer to Dalkey, though they are luckier, with three crags here, and some of the routes up to four pitches long, and all only minutes from the road. 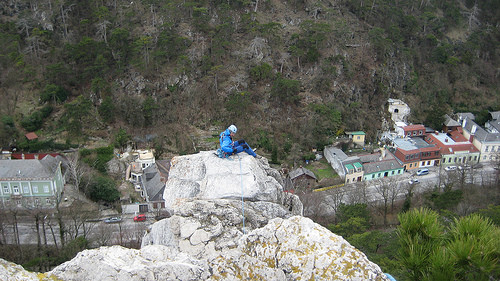 We finished up with a day on the Hohe Wand, the last outpost of the Eastern Alps, overlooking the rolling plains. This is a big, rambling crag, with routes up to six pitches in length and a good spread across the grades. Not as well bolted as the two former venues, so a light rack is useful at times. Here we had the whole of the crag to ourselves, though the skies above us were dotted with parapenters making full use of the updraught from the cliff-face.