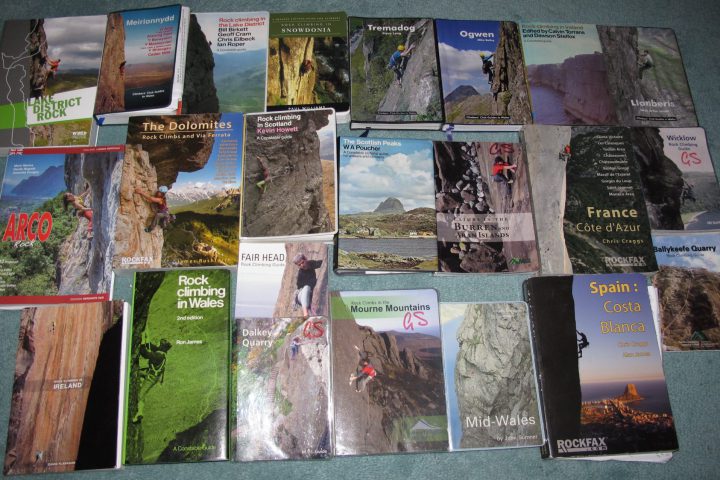 Guidebook route descriptions can be strange beasts.  For something seemingly so crucial as describing which way a route goes and what can be encountered along the way, the language employed can be a little obscure at times and especially confusing to the beginner or climber whose first language is not English.

I originally started this glossary purely for my own use, at the beginning of last year, in an attempt to understand the language used to described the physical features on a route.  It subsequently expanded into the wonderfully euphemistic keywords used in guidebooks together with climber’s idioms for specific types of movement or holds.

Whilst some of these terms may be self explanatory (e.g. bulge, crack, ledge, etc) others are not always obvious, especially in the ways they may be used within a climbing context (e.g. roof, cave, etc)

The terminology used in describing the physical features & morphology of a climbing route.

The vernacular used in describing a climbing route.  Important clues to your success on a route can be lurking behind a single innocuous word.

Terms used to suggested an approach to a climbing route, less frequent as it can be regarded as a form of beta (see Part II for beta).  Can also be used to provide insight into navigation on a route.

[Republished from the IMC Newsletter, Summer 2015]