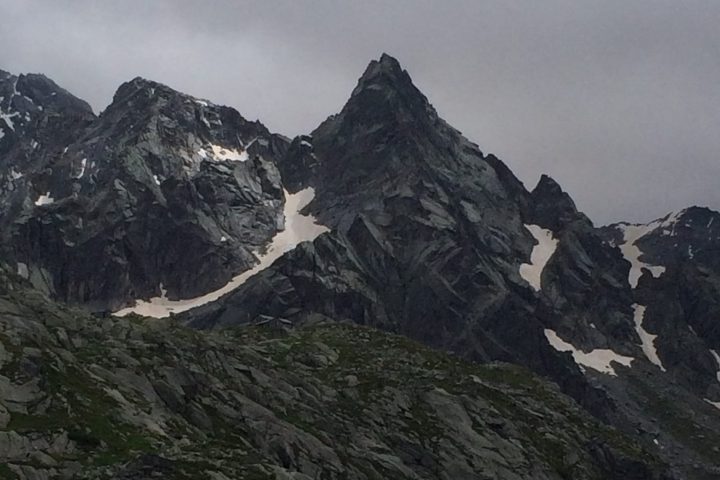 Last year, Kevin Coakley and I had travelled to the Bregaglia in Switzerland, with a view to climbing the infamous Piz Badile. Weather and conditions worked against us, so this year we decided to try again. We were joined by experienced IMC members, Vincent ‘Doc’ Astier, and Barry Watts. 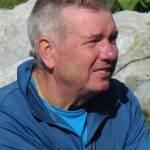 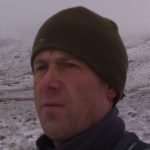 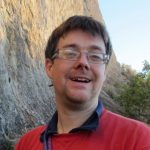 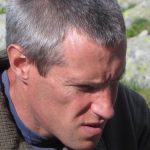 Kevin and I left Ireland on a warm and sunny morning in July, and arrived in Bergamo Airport on a grey, wet afternoon. A taste of things to come. Our first objective was to travel up to the Bregaglia in southern Switzerland and stay in the comfortable AlbignaHut from where we could do some warm-climbs. We arrived at the bottom of the Vicosoprano cable car at about a quarter to five in the evening. “What time is the last cable car up”, we inquired of the attendant as he pressed the button to start the car ascending. “That’s it”, he said, as he indicated the recently departed cable car. So much for Swiss precision! Sometimes it works against you!

We retreated to the (cheaper) comforts of Chiavenna for the evening, and were back up to Vicosoprano for an early cable car the next day. An hour’s walk or so brought us to the Albigna hut, where we booked in for the night, and another hour brought us to the bottom of our first planned climb, the 300 m South Ridge of the Piz Balzet. We had a few route finding difficulties on this, but after some minor excursions, we were able to get back on route and reach the summit. We abseiled down a few pitches, reached the path to the base, and were back in a noisy and packed Albignahut just in time for tea. That evening we experienced one of the true delights of hut life (and something I have never eaten other than in mountain huts) – Smash!

No sign of Barry, so as the next day was forecast to be very wet, we decided to descend to the valley and see where he was. As we descended in the cable car, we picked up a mobile phone signal and got a text from Barry sent the previous day at 9:30 AM “In Milan. Still in Bed”. “He’s not a very committed mountaineer”, we thought. In fact he had got caught by an Italian train strike and had decided to overnight it in Milan. We met Barry at the train station in Chiavenna at lunchtime, and dropped him at a very damp and soggy campsite in Vicosoprano. Kevin and I caught the cable car up to the Albignahut to continue our saga.

The next day dawned overcast but dry. We had planned to climb either the NE ridge of the Spazzacaldeira, or the infamous Meuli Route on the Punta da l’Albigna. We chose the 300 m climb on the Spazzacaldeira. Again we strayed from the route. Kevin had some exciting moments on a 5C pitch instead of the recommended and more amenable 4C. We had a few worrying moments close to the top of the climb, but I remembered what the hut warden had said “Keep climbing up until you see the abseil point – you can’t go past it”. After a short ab and a bit of a scramble, we were descending to the hut in good time for tea. We met Barry and Vincent (who had arrived earlier). They had climbed on the hut slabs for the afternoon.

The next day rain was forecast, but Barry and Vincent decided to try the nearby Piz dal Pal. 9 o’clock saw them leaving the hut in high spirits, but unfortunately 9:30 saw them returning as the rain has started. As the forecast wasn’t looking good for the next few days, we decided to descend to the valley and take a break from the hut. We reached the cable car, and as we waited for it to start its descent, Barry exclaimed with consternation “My Helmet! I think I’ve left it in the hut!” Unfortunately the cable car had started its descent. As we descended, we discussed what to do. “Phone the hut” was one suggestion. “Come back up tomorrow” was another.  We reached the bottom, and walked to the cars, still wondering what to do. We saw a family about to go up in the cable car. “They look as if they are going to the hut. Why don’t you ask them if they could collect it for you”, someone suggested. “Good Idea” said Barry. He walked over to them and began to explain his predicament. We could see him communicating the shape of the helmet by waving his hands over his head. “It’s got holes”, he said, again theatrically illustrating the point by stabbing his fingers towards his head. He came back over to us, satisfied he had communicated the shape, style and colour of the missing helmet.

As I put my rucksack into the car, I noticed my helmet, which was EXACTLY the same as Barry’s. “Why don’t you show them that”, I said. “Good Idea”, he said. He yomped over to the family with my helmet. “You’ve found it!”, they exclaimed. “Eh no”, he said, “but it looks EXACTLY like this”. They again promised to collect the helmet and leave it behind the Cable Car shed or at the campsite.

Tuesday rain was forecast all day, so Kevin and myself drove to St Moritz to sample the culinary delights (and expense) and then continued on to the tax free resort of Livigno, where we had a somewhat more affordable lunch.

In the meantime, Barry had checked behind the Cable Car shed for his helmet. No sign. He phoned the hut to ask if any had been found and had been told “No!” He had also checked with campsite manager to see if it had turned up. Unfortunately not. This was becoming a mystery!

The next day, Wednesday, we had decided to drive south for a day or so, and sample the climbing delights of Lecco and its surroundings. Our aim was to climb the famous Cresta Segantini, a 500 m ridge on the Grignetta overlooking Lecco. We arrived in Lecco, and after some road navigation difficulties, arrived at the Refuge Carlo Porta where we parked our vehicles. We started to organise gear and prepare for the 2 hour walk in. I took my rucksack out of the boot, and started removed the gear packed for our descent 2 days previously from the Albigna Hut. 2 red helmets! I must have packed mine in my rucksack, and then seeing Barry’s, strapped his to the outside of my rucksack. I remember thinking I had a lot of gear descending from the Albigna! I quietly asked Vincent “Is this yours?” “No”, he replied. I knew then it must be Barry’s missing helmet. He was re-united with his missing helmet, amid loud laughs and an awareness of the surrealism of showing his own helmet to the Dutch family and saying “It’s EXACTLY like this”. It was.

We continued our walk in to the Cresta Segantini, and were on the climb by late morning. Unfortunately for us, the weather changed, and we had to abseil off before we reached the summit.

Next day, Barry and myself managed a few short sports routes in Angelone. We were on the road back up to the Bregaglia by early afternoon, in preparation for our last chosen climb, the infamous and popular Meuli Route on the Punta da l’Albigna.

Friday dawned overcast and grey. We knew rain was forecast for midday, so we had a 6 AM breakfast, and were at the base of the 300m Meuli Route by 7 AM. We completed the 10 pitches (or 11, depending on guidebook) by later morning. Rain had been threatening all morning, and as we climbed the final pitch, and scrambled up the exit gulley, lightning flashed and thunder crashed around us. A fitting end to our expedition!

We had 2 more days in Italy. Unfortunately rain prevented any more climbing. We flew back into Dublin and went our separate ways. I collected my car, put my gear in the back, and drove home. Tired, but satisfied, I began unpacking my gear. I opened the boot of my car, and looked in. 2 Red helmets! I was stunned! How had Barry’s helmet got into the back of my car? It took me a few moments to realise that I actually own to red helmets. The spare had been in my car before I went away. All’s well that ends well!

Unfortunately no Piz Badile this year. Bregaglia Rocks! Until next year!