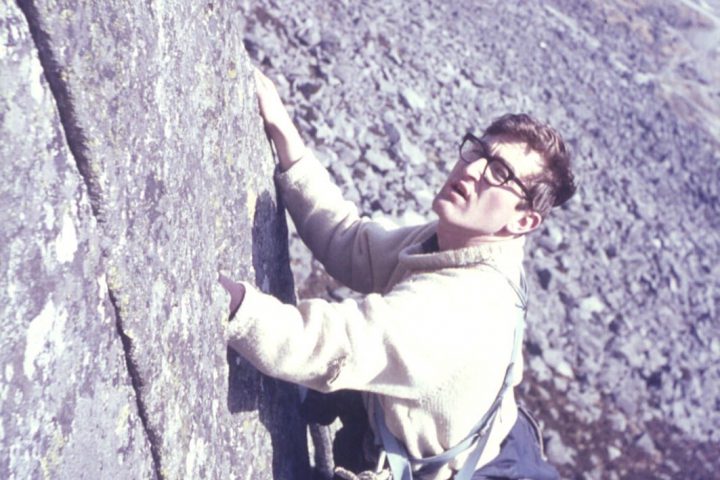 The Brendan Walsh I knew growing up was always a devout Rock ‘n Roller and a mountaineer. My late father took Brendan and Rory, the eldest two of the five Walsh children, to Scotland in 1959, climbing Ben Nevis and in the Cúilins of Skye, awe-inspiring stuff to the little ears of the rest of us. He saw and almost got the chance to climb the Inaccessible Pinnacle, a moment that switched his lights on.

It never occurred to me that I would be anything other than a solicitor and a mountaineer, so great was my admiration, but I drew the line at his taste in music. His never developed beyond Buddy Holly, where mine started.

Around him at that time, it was somehow a given that mountaineers routinely took dead bodies (and sometimes live ones too) down off mountains. He was a fine rock climber but mountain rescue was his main thing. He became the Irish Mountain Rescue director at age 22, when Beatle-mania was rampant, pre-Mick Kellett. The stories were frightening. It was a time of great expansion in hillwalking nationally, and the incidents came frequently. He never seemed to be offended by the nickname “Bring ‘Em Back Dead Walsh”. I followed him loyally into law and into the hills.

Knowledge of his early climbing exploits is a little sketchy but he was always very exact about having made the fifth on-sight lead of Spillikin, which may mean he was getting at someone? Trafers Route in 1966 put up with “The Doc” on Ben Corr was a big thing.

There was talk of a major new route in Torridon that he didn’t write up and is now a classic, but attributed to others. Calvin and he were apparently at something on the Delta Face in Lough Barra when one or other took a spectacular fall, at a time and in a place where most considered it essential that “the leader does not fall”.

Brendan was like a Swiss Army pen-knife, but one made by Stanley or Drapier rather than Victorinox, meaning that for sure he was multi-faceted, but yet he was fit for purpose in everything he applied himself to. He didn’t spread himself so thin as to give pass mark answers to things. When he climbed he got the Matterhorn, Mont Blanc and the Vajolet Towers in the Dolomites, but Scotland was his great love. He liked nothing better than to disappear into a wilderness area for a week and emerge a hundred miles away, a stone lighter, and a dozen or more Munros “bagged”.

In the law he was never afraid of the great challenges, whether it was forcing civil legal aid on a reluctant public purse, or the sanctity of the secret ballot as part of an untraceable and anonymous voting system. His work for the farmers of Ireland is still remembered fondly (by the farmers), and he wasn’t afraid to represent Unionists in struggles with the
law down south. He ended his legal career as Sheriff of the City of Dublin.

In later years his cycling exploits took him all over Ireland, the neighbouring island, and the continent. He founded and ran for 30 years the Bum Bum Cycling Club, and it still goes strong. On the way he was twice published, writing guidebooks to the by-ways of Ireland and of Scotland. When I started cycle touring in the early 1980s I sought advice
widely and several people helped. Brendan too – “never ever have more than two pints at lunchtime” ! It says it all.