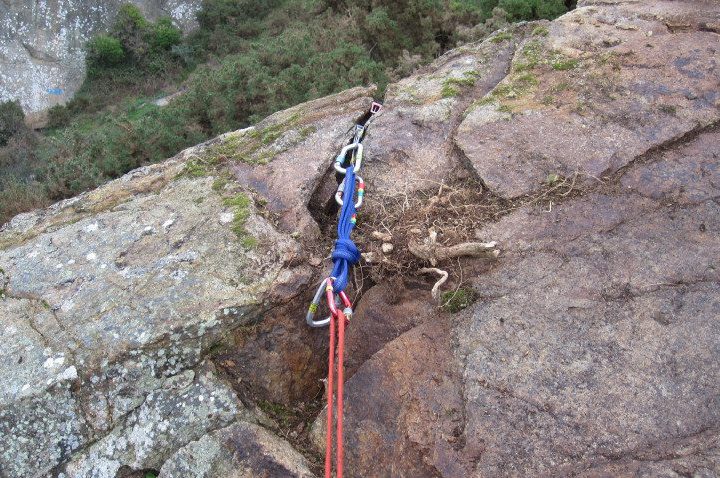 I wrote a while ago about opening up a path from the bottom of the steps to the foot of the Arrowhead approach slab. I have used this several times since to nip up and across Arrowhead, which catches the sun nicely during late morning and early afternoon. During these excursions I noticed an interesting looking corner dropping down steeply at the back of the approach slab. I abbed down it, gave it a bit of a short back and sides and was pleased with the result.

In mid-October Donal Gannon and I abbed down onto the narrow ledge at the foot of the climb and Donal climbed the corner, to notch up his first new route in the quarry, which he named Arrow. Given the steepness of the first few moves I think it merits a HS grade. A good exercise in crack climbing, on solid rock, it can be protected with hexes or cams. The fact that the foot of the climb can only be reached by abseil may deter some, but I think this is actually a factor in its favour, as it provides newbies with a flavour of the problems to be faced on gaining access to the foot of routes on many of our sea-cliffs. Besides which, it means you are never going to have to contend with the hordes of top-ropers infesting the quarry nowadays. (It makes sense to tie the ends of the ab rope together to prevent any possibility of a tumble down the steep slope below the ledge and to clip into a sling around the block at the foot of the corner before coming off the ab rope).

Arrow HS.
Approach. Go left from the bottom of the steps along a track under the trees and beneath a canopy of furze to reach the base of the approach slab for Arrowhead. Once on the crest of the slab the corner is obvious below the back of the slab. Arrange anchors in the crack above the top of the corner and abseil down the corner to a ledge above a steep vegetated slope.

Climb the corner, which is difficult to start, but eases in the upper section. Excellent protection throughout.
D. Gannon, G. Moss 15/10/2013. 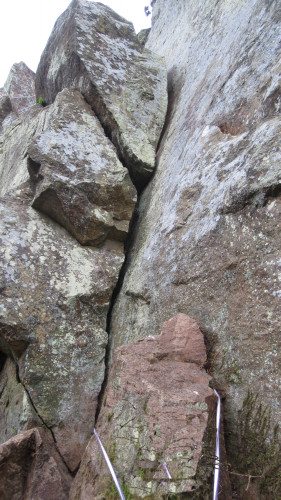 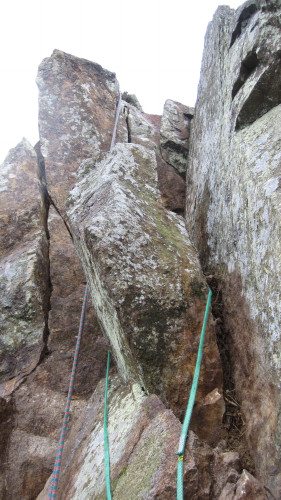 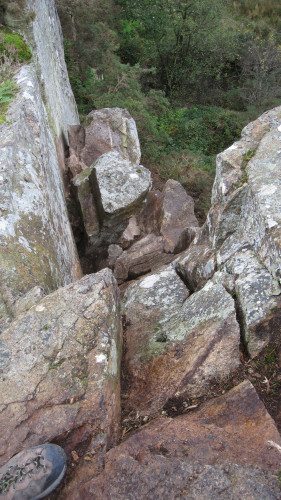 Looking down the upper section of the corner. 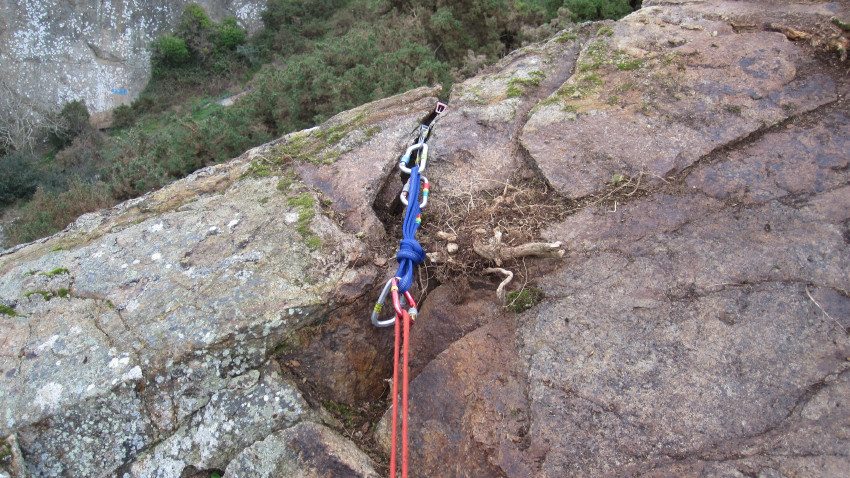