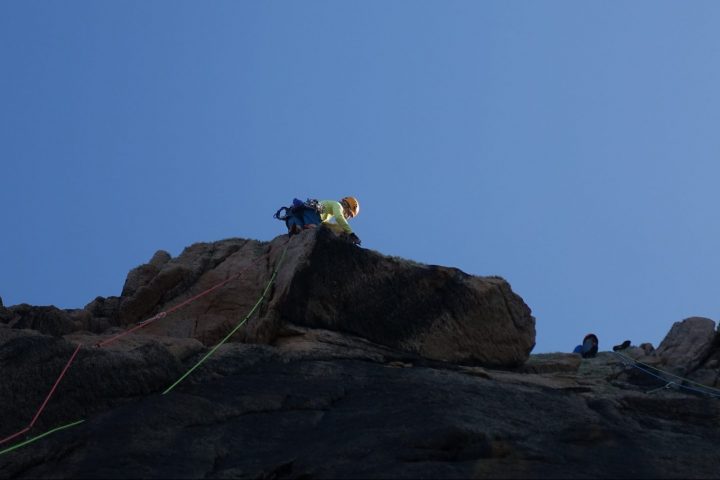 The Stuff of Legends

Selkie’s are a mythical creature from Irish folklore similar to mermaids, they are seals in the water, and on land remove their skin and look like we do. There are many versions of the myth, but the one that I am familiar with involves a seal-woman having her skin stolen by a courting king who fancied her for his wife. He hides her skin and professes his love, which she is compelled to return to whoever has her coat. They have seven children together but do not live happily ever after, as she always longs to return to the sea. So, one day when one of the children tell her of a golden cloak Daddy had hidden, she knows exactly what it is. Taking her skin back, she returns to the ocean but can only take two of her children, one under each arm. Naturally, she turns the remaining five to rocks. She and the other two children would return to play off the rocks, tears in their eyes.

That last part always seems a little bit harsh to me, she could have just left the other five with Daddy even if he did steal her coat. Then again, he also held her against her will for several years, so maybe that didn’t feel like an option. Why are fairy-tales always so messed up?

I first visited Owey about 10 years ago for a joint IMC and Columbkille climbers meet. While it was an enjoyable weekend of kayaking and caving my first impressions of the rock were that it was grotty and tended to fall down (see here and here). Since then though, a passel of new amazing looking routes have been put up, so maybe I missed something. Anyway, early in the summer Síle and I decided to give it another chance. We spent a couple of days exploring the cliffs on the hunt for clean, untouched rock. We abseiled into places seeking our quarry and were rewarded with an amazing clean buttress and some fantastic looking cracks rising up from a series of five rocky steps (the Selkies childer’ of course!). Coming home our eyes wide with excitement at the possibilities and we were already planning our next visit.

The island had changed a lot in our 10 years absence, the once tumbling down little village has been revived with albeit only summertime visitors. The small cottages are refurbished and freshly painted; people chat to you on your way climbing; it’s all very pleasant.

The weather checked our plans somewhat, and we didn’t get back until September when a sunny weekend finally provided our chance . As it happened this coincided with Anni and Dave’s departure to foreign climbs (pun intended). What better way to say good luck than to spend a few days climbing off Donegal’s coast. Artem and Sarah also wanted to wish them bon voyage / go climbing, so the six of us headed out to the island.

I first met Dave in Dalkey as I was messing around the Ivy Chimney area, I pointed him at a gearless mini-route there that’s given HVS, claiming it is a boulder problem really. He cruised it and at the top called down to a passing mate that he’d just done his first HVS. I thought Jaysus, if I’d know that I’d have sent him up something with gear! I needn’t have worried though, it soon became apparent that he needed little encouragement to push himself when climbing as he rocketed up through the grades.

Anni and Dave have been the clubs most active members the past few years and racked up an impressive tick list between them (see some of Dave’s highlights here). Anni’s exuberant adventuresomeness and Dave’s driven enthusiasm for climbing are infectious and always make you want to climb more and better. They are not bad company around a camp site either, so will be missed.

Anyway, enough sentimentality, onto the climbing. The best crags on the island face west into the Atlantic storms which peel off the coat of loose rock leaving the pristine granite below. The rock architecture is fantastic, almost mythical is stature, the type of place you would certainly expect to find the selkie. The westerly aspect also means the routes can be greasy before the Sun comes onto them. This allows you to spend the mornings drinking coffee and aim to be at the crags for midday, ideally with low tide in the afternoon.

Síle and I first climbed two routes we had worked out on the previous trip and then went looking for more, with Síle adding a third and a fourth route to the list over the next couple of days (details below). The others knocked off some of the established classics of the island and then joined us on the virgin rock. Anni repeated one of Sile’s routes and Dave added a new route of his own. Artem made a strong effort on another difficult looking new line but will have to return for the send.

A steeper than it looks slab with five rocky steps at its base (the Selkie’s Childer’). The first three routes all start off these steps.

Best climbed when low tide is in the evening and in sunshine otherwise the start will be wet. From the lowest barnacle covered ledge, climb the middle crack of the fluted section on huge crystals of perfect, clean granite. Climb the flutes with easy (even when wet) hand and foot jams to a slanting, right trending, black corner.  Climb this to 2 thirds of its height. A wild move and hidden hold and crack gains the slab on the left. Climb directly above on steepening rock to the furry top where the pale green, Ramalina lichen hides two wonderful jugs.

Start from the second tallest child beneath twin cracks. Jam the excellent hand cracks until they diverge, follow the right-hand crack to come up the right hand side of a pedestal. Step left and follow a line diagonally left up through an overlap. Keep following a thin crack along the same line to reach blocky ledges and finish up these.

From the highest step, climb the double cracks to the right of  ‘Punters Pedestal’. Superb, sustained jamming leads directly to the over hang. The crux requires delicate footwork to the left of the crack as it thins. Resist the temptation to swing over to the pedestal too soon (that steals too much of the other route).  Swing into the overhang with spectacular easy moves and climb straight to the top exiting via a shallow niche and right of the big overhanging block.

The buttress to the right of the big corner.

Start on the tidal ledge beneath a wide crack. Climb this and the flake above to enter a deep groove. Follow this easily to the cracked overhang. Surmount this with difficulty and move up until it is possible to make a step right into the black flakey crack system. Steady climbing leads to another overhang which is passed on the right.

On the south west side of the buttress, start from a small, round, flat, ledge to the right of a huge black corner.  Climb up to a smaller, very black, sharp, steep, rightward leaning corner. Twist, turn and squirm up this (crux) on to easier territory and directly up the deep chimney above. From the top of the chimney an airy step left leads into a gradually steepening groove/corner. Climb this to a large flat ledge with a boulder and directly to the top on easy angled, rounded cracks.